This huddle is for members to introduce themselves, help each other and get questions answered on how to navigate the platform 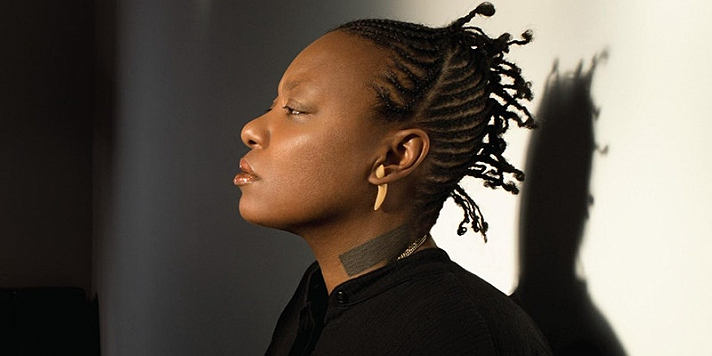 There are albums dedicated to personal pain, or political protest, love, death, nostalgia, rage. There are those that are simply fun, glossy, the soundtrack to a good time. Some are exploratory, a musical journey, shapeshifting soundmaking, a new way to do an old thing. An artist can make a choice about concept and content, or heed a vision, follow their muse or their manager. But in times so extreme and overwhelming, when there is no known expression for the feeling, no satisfactory direction for art or action, then they might take refuge in a process, a ritual, something familiar, the shape and sound of which recall another time altogether, so that they can weather the present long enough to call it the past. Some albums are testimony, some confessions, and some are escape. “Ventriloquism”, the latest album from MESHELL NDEGEOCELLO, is a place, like its process, to take refuge from one storm too many.

“The year around the recording of this album was so disorienting and dispiriting for me personally and for so many people I know and spoke to all the time. I looked for a way to make something that was light while things around me were so dark, a musical place to go that reminded me of another, brighter time.”

A final note to the listener, Meshell chose art for the album package that hints at what’s inside: A graphic V, a hidden M, the artwork is symbolic, sexy, and calls on the language of protest of the era these songs were mined from. With no words or pictures, the artwork is itself a declaration that even when you cannot imagine what to say, if you come together to create, you can find transformation and reinvention, the old can become new, today can become tomorrow.

A portion of the profits from this album will be donated to the American Civil Liberties Union.

Mainstream social media has been weaponized against black people. We must have a place where we control our narrative. Welcome to Blaqsbi. Our mission is to be the ultimate profit sharing black mental liberation platform where we can speak freely, share ideas, gain economic freedom, organize and unite without fear of white supremacist censorship and surveillance. We are 714,442 members strong and growing. Join the liberation.

Join Now About Us Tour

This huddle timeline is still empty
Nothing found which matches your current filter(s)!

Your post was submitted and is waiting approval by one of the huddle administrators. You will get a notification when it is approved.

This huddle is for members to introduce themselves, help each other and get questions answered on how to navigate the platform
more
Events in Blaqsbi Introductions & Support
Today's events
Upcoming events